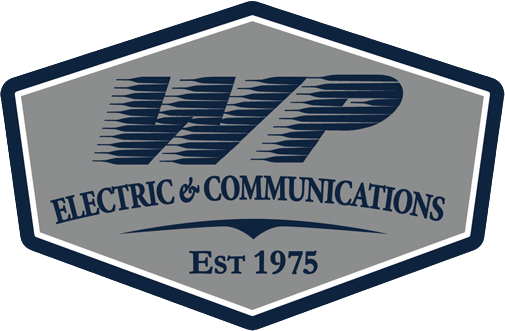 
WP Electric and Communications, Inc., got its start in 1975 when 21-year-old entrepreneur William “Bill” Rooney Jr., decided to use his electrical contractors license and experience with another electrical company to pursue his own ideas for how a business should be run.

Shortly after starting up, he changed the company’s name to WP Electric & Communications, Inc. when he saw the opportunity for an additional market to service the field of cabling and data.

Bill was an entrepreneur at heart, and loved the challenges and rewards of business development. He was also generous and loved the idea of a family-run business, bringing onboard many different friends and family members over the years. Many times, that choice really paid off!

In 2009 Bill and his oldest son, Patrick lost their lives in a private plane crash in Colorado. The effect on WP was devastating. Market conditions were at their worst. The Great Recession during the late 2000s and early 2010s – considered the second most severe economic and financial meltdown of all time – was in full force. In order to keep WP from being dissolved or sold, someone would have to step in and fill the gap created by the loss of the company’s founder and president.

Bill’s surviving wife, Debi, took on that challenge. She couldn’t imagine letting down the company and its long-time employees. Carrying on the legacy that her husband had started became her driving force.

It didn’t happen overnight, but WP not only survived, it had some of its best years ever. Today, WP Electric & Communications, Inc. is a very successful electrical and cabling contracting company.

WP is thriving and profitable because in the midst of her own personal tragedy, Debi Rooney stepped in to save WP from closing or from being sold. She also saw the dedication and hard work of management employees, Jim Roche and Greg Sanchez (Bill’s brother-in-law and nephew, respectively). They stepped up to take over leading a team of employees determined to carry on Bill’s love of competition, excellence in service, and the “game of succeeding.”

The next chapter of Bill’s legacy is in place with the recent handoff of leadership of WP to Bill’s nephew, Greg as the new president beginning in 2019.

Starting out at the ground level of WP as a teenager more than two decades ago, Greg gleaned firsthand all the technical aspects of this complex business and the importance of excellence in customer service. Under Bills’ sharp eye, Greg continually demonstrated the work ethic that’s a trademark of WP as a service company. He earned his way up through the ranks, and at the time of Bill’s passing had already advanced to a top managerial position.

Debi leaned heavily on Greg’s experience, technical skills, and leadership capability when she took over the company, a decision that proved itself out in WP’s growing success. She saw in Greg a commitment to excellence in customer service. In passing on the leadership mantle to Greg , she does so with the full confidence that she is fulfilling Bill’s two passions: excellence in service and retention of WP Electric & Communications as a family legacy.

How can WP Electric and Communications assist you with any Electrical, Communications, Design, Wireless, Fiber, Security, Access Control, Camera, DAS, and any other need within the industry? Complete the contact information and press submit, and we will contact you shortly.

Page load link
Manage Cookie Consent
To provide the best experiences, we use technologies like cookies to store and/or access device information. Consenting to these technologies will allow us to process data such as browsing behavior or unique IDs on this site. Not consenting or withdrawing consent, may adversely affect certain features and functions.
Manage options Manage services Manage vendors Read more about these purposes
View preferences
{title} {title} {title}
Go to Top